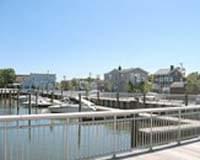 We offer the following in East Rockaway, NY

About East Rockaway, NY - Happy to be your hometown Heating & Air Conditioning Contractor!

East Rockaway is a lovely coastal town located on Long Island in New York. Â With many inland channels making it easily accessible to boats, Near Rockaway was its original name and this village has its roots as a shipping center and busy port. The village became East Rockaway in 1869 and was incorporated in 1900. It is one of almost two dozen small villages that occupy the larger town of Hempstead. The majority of the population of Nassau County lives within the confines of the town. If the town were ever incorporated as a city, it would beat out Buffalo as the second largest city in the entire state. Â New York City, of course, being the largest. The seasonal weather, beautiful coastline and proximity to NYC make this part of the state very desirable to many residents.

East Rockaway is a small boater’s paradise with beautiful marinas. Â The village is also home to many lovely fine dining restaurants. Â Long Island, itself, is the largest and longest (hence, the name) island in the contiguous United States, the 11th longest in the country, and the 148th largest island in the entire world. Taking all of this into account, one can imagine what this area’s beaches look like in the heat of the summer.

Many nearby villages, also within the town of Hempstead, have been featured in film and television shows. Nearby Atlantic Beach is the home of the fictional character Sonny Corleone in the classic film, The Godfather. In keeping with its mobster movie reputation, scenes from both the HBO series The Sopranos and a great deal of the film, Goodfellas were filmed within Atlantic Beach. Â The small village of Lynbrook has had a few minutes of fame, as well. Â The sitcom Everybody Loves Raymond is actually set within the village of Lynbrook even though the show was actually filmed in California. Â The Lynbrook store, “Trainland” was featured in an episode of The Sopranos shot in 2007.