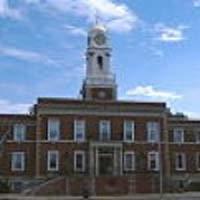 We offer the following in Hewlett, NY

About Hewlett, NY - Happy to be your hometown Heating & Air Conditioning Contractor!

Hewlett is one of five towns in the southwestern section of County, New on Long Island. This affluent area has a population of only about 7,000 people. Hewlett Bay Park and Hewlett Harbor consist mostly of stunning mansions and seaside villas. Some of these homes date back to the Revolutionary War. It is a wonderful place to sunbathe and take in gorgeous seaside vistas in the summer and equally as breathtaking when covered in snow in the winter.

Long Island is the largest island in the contiguous United States, the 11th longest in the country, and the 148th largest island in the entire world. The long and narrow shape of the island gives it abundant coastline. With a population of close to 8 million, the island embodies 40 % of the population of the state of New York. Â Taking all of this into account, one can imagine what this town’s beaches look like in the heat of the summer. Â It is absolutely teeming with life and fun and is a vacation hot spot for all of those living in the Northeast.

In addition to be geographically significant, the island is also culturally significant. The island is generally known as a commuter area for those working in NYC and as a summer and spring beach destination but it is much more. Â This island is of great significance to American popular culture. Many villages on the island are hometowns of celebrities. Moreover, a lot of the hamlet have been featured in feature films as well as television. Nearby Atlantic Beach is the home of the fictional character Sonny Corleone in the classic film, The Godfather. In keeping with its mobster movie reputation, scenes from both the HBO series The Sopranos and a great deal of the film, Goodfellas were filmed within Atlantic Beach. Â The small village of Lynbrook has had a few minutes of fame, as well. Â The sitcom Everybody Loves Raymond is actually set within the village of Lynbrook even though the show was actually filmed in California. Â The Lynbrook store, “Trainland” was featured in an episode of The Sopranos shot in 2007.